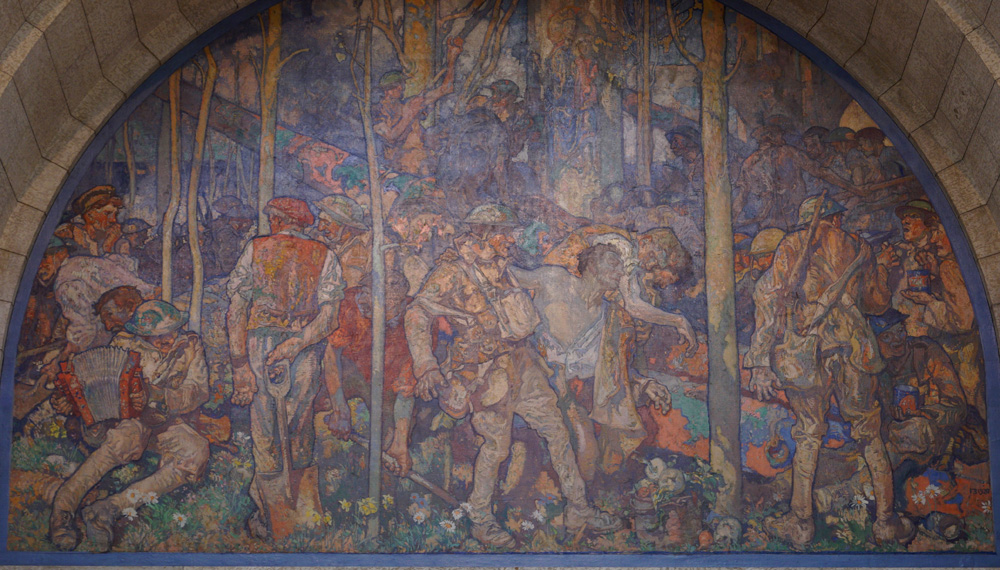 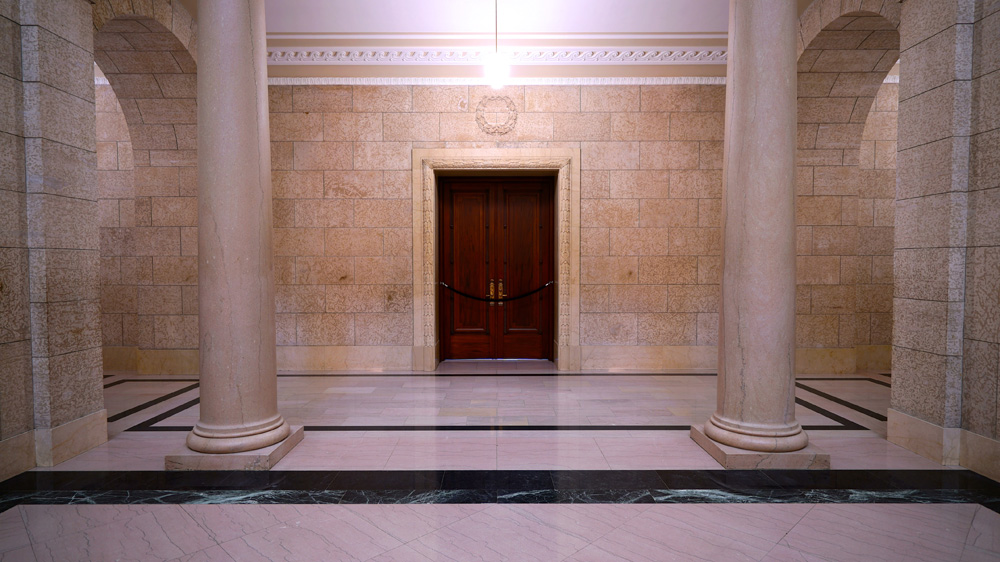 Not only is the Manitoba Legislature satanic, it is also blasphemous. Remember that occultists do now want the power of Christ to be manifest in them through realizing that Christ died for them. Instead, occultists want the power of Christ without allegiance to Christ. This is symbolically encoded through the lamp stands that surround the rotunda of the Manitoba Legislature. Twelve small lamps surround the sun (Son) of the larger lamp - just like the twelve disciples and Christ.

Still not convinced? The mural that hangs over the entrance to the Manitoba Legislative chamber, painted by Frank Brangwyn, is not just a scene of a soldier being rescued during World War 1. It is a depiction of the death of Christ. You can just make out the image of the Madonna and Child at the top of the painting.

The temple would not be complete without the Ark of the Covenant, flanked by two angels. The Ark sits high on top of the temple, inaccessible to all except monarchy and the elite, as depicted here. 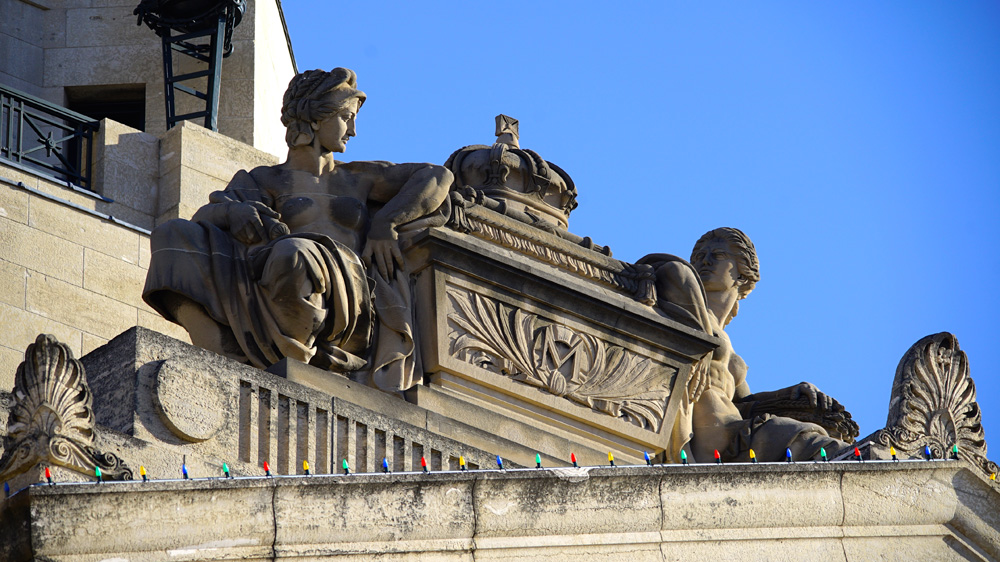 We conclude where we have started. The Manitoba Legislative Building is nothing less than an occult temple, designed to increase the spiritual influence of insiders in positions of power over the masses. I hope that my fellow brothers and sisters in
Christ can accept this, instead of calling it a "conspiracy theory".